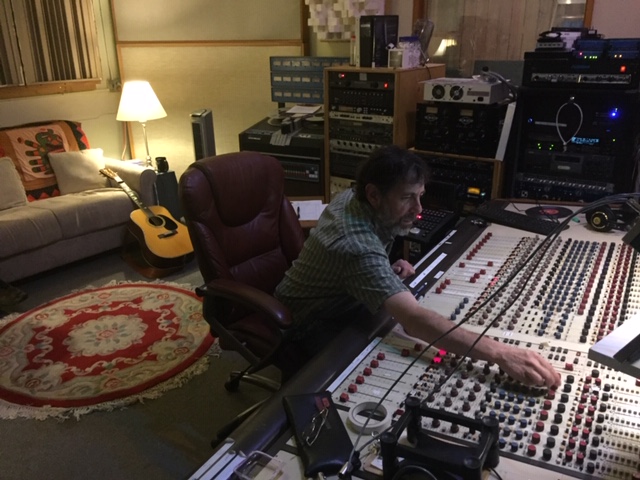 The photo above is of Everett Moran, owner of Rainshadow Recording Studio in Port Townsend. Everett is helping me record my upcoming CD. A Texas native, Everett spent much of his youth in Houston, my home town. His parents live not far from where I went to high school. His interesting path to becoming an audio engineer is chronicled in an article in the Port Townsend newspaper.

Rainshadow is a terrific studio. The acoustics of the studio itself are wonderfully warm and exquisitely fashioned. One of my greatest pleasures during the recording was just singing in the center of it and listening to my voice reverberating warmly.

Outside of his studio, Everett has been a freelance engineer, working all around the country including Denver, Austin and Tulsa, a city that has become special to him.  I’ll have more to say about Everett in the next few months as we continue to work on the CD.